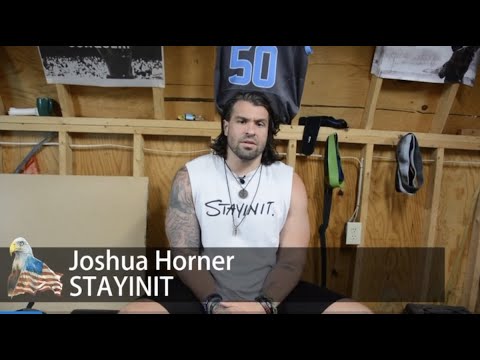 The patient is resting comfortably on a medical recliner, similar to a dentist’s chair. A white bar attached to a computer system is placed upon the left side of his head. A technician in a white lab coat adjusts some settings on a display screen and begins the procedure.
“Can you feel anything?” she asks.

John (not his real name) doesn’t speak at first, but then the fingers on his right hand begin to move ever so slightly in an involuntary response.

John has just undergone his first treatment of transcranial magnetic stimulation. For many Americans suffering from depression, TMS may be their best hope for alleviating the debilitating effects of this illness. According to the National Institute of Mental Health, more than 17 million people in this country suffer from depression.

Approved by the FDA in 2008, the treatment stimulates receptors and synapses within the brain to reinvigorate neural pathways as a treatment option. For many people, TMS can render relief from depression, anxiety, OCD and other brain conditions that other therapies have not been able to alleviate.

Jonathan Schwartz, a psychiatrist at Concierge TMS with offices in Plymouth, Mashpee and New Bedford, has been treating patients using TMS since 2016. At first, he didn’t believe magnets would work as well as drug therapy and counseling. In fact, he didn’t think it would work at all.

“I know, it sounds crazy,” he said in an interview. “The first time I heard of the procedure, I thought it was quackery. But then I looked into it and checked the data. The results are pretty amazing, especially for people who have not been able to get help in other ways.”

“We’re using magnetic energy to wake up neural pathways,” Schwartz said. “We send a magnetic impulse into the prefrontal cortex. We know it’s working when we see the fingers moving. Motor control for those muscles is located in that area of the brain too.”

Schwartz said nearly all of his patients – about 80 in total – have experienced at least some relief from depression. Many have gone into remission, he said.

“Some people are totally free of depression,” Schwartz said. “Many have enough improvement in their conditions that we can lower their medication levels. It works differently for different individuals. I had two patients who did not respond at all to the therapy during sessions. About a month after treatments, though, they reported significant improvements in their depression.”

How effective is it?

According to one study by Harvard University, approximately 50 to 60 percent of people with depression who have tried and failed to receive benefit from medications experience a clinically meaningful response with TMS.

“About one-third of these individuals experience a full remission, meaning that their symptoms go away completely,” the study stated. “It is important to acknowledge that these results, while encouraging, are not permanent. Like most other treatments for mood disorders, there is a high recurrence rate. However, most TMS patients feel better for many months after treatment stops, with the average length of response being a little more than a year. Some will opt to come back for subsequent rounds of treatment.”

TMS is painless, though patients often feel tingling sensations in their fingers or other body parts. Treatment last about 15 minutes but up to 36 sessions may be needed for a successful therapy. TMS does not appear to cause a full remission of symptoms and follow-up treatments may be required after about a year.

If there is a drawback, it is the reluctance of insurance companies to provide open coverage of the treatment. Many will only pay for the procedure if the patient has had little or no success with four different psychiatric drugs.

“It’s frustrating, because I think this can help so many more people,” Schwartz said.

Schwartz has been a psychiatrist for 40 years. He and his wife, Sally Goodman, practice at Concierge TMS and often work together to help patients with depression, anxiety, OCD and other brain disorders. They use a variety of traditional psychiatric treatments, but are increasingly impressed with how well magnetic therapy works.

“TMS is incredibly safe,” Schwartz said. “We have to be careful with people who have active seizure disorders, but there really are no serious side effects.”

For one of Schwartz’s patient, TMS has been the answer to her prayers. Mary Ann Breault has suffered from clinical drug resistant depression for more than 20 years.

“TMS is the only treatment that gives me relief from the depression I was suffering with,” she said. “Prior to TMS treatment, I felt hopeless and discouraged on what my life would be like. This treatment has been a miracle for me and has greatly improved the quality of my life.”

For John, who is just beginning his therapy, TMS offers him hope. He suffered from depression and anxiety as a young man. Now retired, he is struggling with symptoms again. John is optimistic this treatment will help him get back to where he wants to be.

“I find myself getting anxious from time to time and don’t know why,” he said. “I was very encouraged when I heard about TMS. I really think it can help me.”